What We Can Learn from the Rise and Fall of Uber

As tech companies go, Uber has achieved a kind of rock star status. The ride-sharing company represents a lot of the qualities that so many tech-oriented businesses strive for these days: innovation, agility, speed, industry disruption, and global reach.

It’s thus little wonder why the company’s recent Icarus-like fall is garnering so much attention and scrutiny. So

far, many commentators have been quick to place blame on the lack of diversity that existed among the company’s leadership. But, I think Uber’s need for a reset is stemming from something much deeper, and it’s a reflection of an epidemic that continues to sweep through many of Silicon Valley’s biggest stars.

Uber succumbed to a kind of inward-focused hubris that prevented its owners and top management from moving their hyper-growth company out of the expand-and-conquer mode into a vibrant, stable, and sustainable business.

Up and coming tech companies should take note…

Since its founding in 2009, Uber has revolutionized the way people use transportation. By 2016, the ride-sharing company was a market leader, with operations in 570 cities worldwide, and a workforce of 12,000 corporate employees as well as a fleet of millions of drivers, scattered in cities throughout the world working as independent contractors. That same year, revenues hit $5.5 billion (though they still had a net operating loss of $2.8 billion) and global market growth was still looking positive.

But over the past three years, Uber’s growth strategies and company culture has increasingly become a liability. In that time, Uber has been plagued by a litany of crisis situations that include: protests on a global scale, charges of unethical behavior, allegations of sexual harassment, and unwanted attention on its brash CEO, Travis Kalanick as well as its cutthroat culture.

The key for Uber moving forward is to figure out how to meld the qualities of their culture that led to its success with the processes, maturity, and perspective needed to sustain their business model over the longer-term.

Here is a brief rundown of some of the lessons that can be learned from Uber’s public rise and fall and what it will take for the company to recover.

What Uber Did Right

Finding creative solutions to problems and being the first to the market. Uber’s founders came up with the idea for a ride-hailing service from the difficulties people experience when trying to get a ride somewhere, and they immediately got to work with a scaled down version of the platform, called UberCab The original mission of Uber was to provide a totally transparent platform which allowed people to hire drivers on the spot and them rate them on their service. The drivers who did well were awarded a better reputation and garnered higher earnings.

Kalanick and his team saw the gap and quickly executed a strategy to take advantage of the opportunity. They were first to market with the ridesharing app, and by maintaining this mentality with every new service they introduced, they were able quickly expand around the globe.

By using this management model, Uber gives the power to its affiliates to manage their daily operations based on the needs of the region without the hassle of being connected to a single choke point.

Actively seeking new markets. One of the ways that Uber was able to infiltrate so many market segments is by offering various service levels, such as:

Other service options include hiring a car with a car seat, an SUV, wheelchair accessible transportation, and pet transportation. Uber has set itself apart from the competition by constantly evolving and expanding its products and services. They also are not afraid to think outside of the box. For example, consider the company’s fascination with urban air transportation.

Harnessing the power of word of mouth marketing. The genius in the Uber model is the way the company went about marketing its services. Uber invest relatively little in its marketing campaigns. Instead, the company relied on the viral buzz that was created as users downloaded the app and tried out its services.

Where Uber Needs to Go From Here 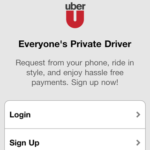 There are a few changes that Uber will need to make going forward, but they all boil down to one point: no company is an island. It’s an entity that by its very nature will affect people’s lives- for good or for bad. In terms of Uber, the company will only hope to reinvent itself if those at the top start recognizing and taking responsibility for the impact and value of the company’s culture and how it aligns with where the company is now, they need to learn how to respond quickly to an unexpected crisis, and invest in the development and personal success of their employees- from their senior managers all the way down to their drivers. They also need to start taking into consideration the impact they are having on the communities they are operating in as well as the people they are serving.

This may seem like a tall order, and it is, but it is not impossible to achieve. The instant they start to consider the ecosystem they are simultaneously creating and affecting, the company can begin the process of reclaiming its star status.

What to Include in Your Small Business Fire Plan

Fiverr Tips for Buyers: How Do You Find a Good Seller? How to Turn Down Low-Pay Work as a Professional Freelancer